The WTCA Trade and Investment Report 2019

The world economy is becoming more volatile and growing at a slower pace. These changes have forced businesses to make risky, complex decisions which could add costs to their operations, make them less competitive, or even render them obsolete. Yet new opportunities are emerging for those able to navigate the shifting tides. The 2019 Trade and Investment Report, produced by FP Analytics in collaboration with the World Trade Centers Association (WTCA), illuminates the sources of this uncertainty, the distinctive traits that make cities resilient, and strategies for adapting to the new normal. This study is the result of original city-level data analysis, surveys, and interviews with business leaders from around the world, using the WTCA’s network of more than 325 cities, representing more than 35 percent of global gross domestic product and 1.24 billion people.

An Era of Uncertainty

Economic uncertainty has been steadily rising throughout the world for the past two years, reaching a record high in 2019. And it may well continue to rise. 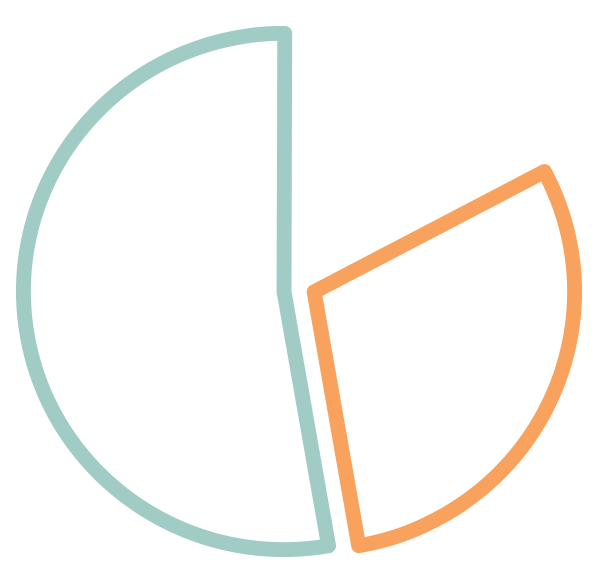 Polling found that 83 percent of world business leaders believe that global uncertainty will stay at current levels (30 percent) or get worse (53 percent) in the coming year.

In response to Brexit, “some companies are already redirecting their investment to different countries in Europe such as France, Germany, Belgium,” according to Frédérique Dieumegard of WTC Poitiers.

“Technology companies are having to adjust to unexpected data and privacy concerns,” said Brigitta Miranda-Freer of WTC Montana, “but if they are able to navigate that dynamic landscape, it can be to their competitive advantage and that can help the city be more competitive.” 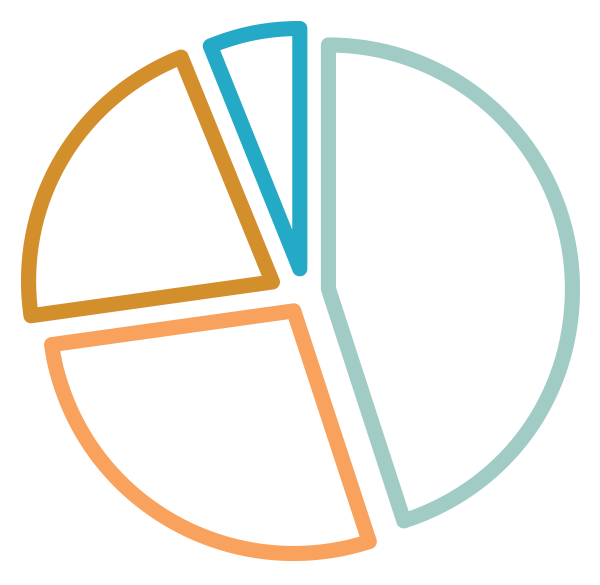 What makes a city economically resilient? An analysis of data from the past five years found that cities that outperform their countries during economic downturns have a consistent set of traits in common. Regardless of their location or size, these cities all have relatively diversified economies, strong service sectors, educated populations, high shares of foreign citizens, and robust transport infrastructure. And they have defied the odds by attracting investment under adverse circumstances: Their FDI as a percentage of GDP was twice as high on average as that of nonresilient cities. Data analysis and input from WTCA members illustrate what’s working to help cities survive fluctuations in the economy and foster growth. 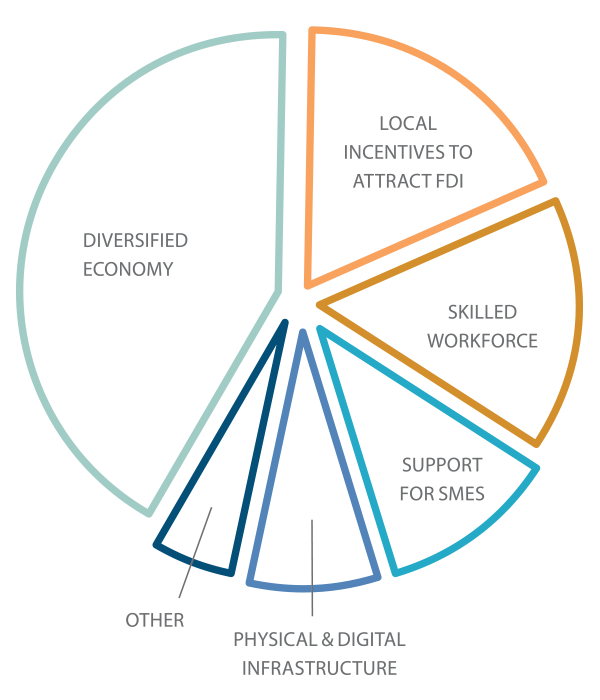 According to global business leaders polled, the most significant factors for building city resiliency are: diversified economy (42 percent), incentives and local support to attract FDI (18 percent), a skilled workforce (16 percent), availability of trade services and support for small businesses (11 percent), developed physical and digital infrastructure (8 percent), and others (5 percent).

A city’s resilience increases as its economy diversifies. Among cities that faced national economic slowdowns over the past five years, the 25 percent most diversified on average slowed down 11 percent less than their respective countries, while those in the bottom 25 percent slowed down 4 percent more.

A city’s resilience has much to do with the education of its working population. The number of people with college-level or more advanced education was 8.6 percent higher in resilient than in nonresilient cities.

On average, foreign citizens made up 11.6 percent of resilient cities’ populations, more than a full quarter higher than those of nonresilient cities.

Mariette Mulaire of WTC Winnipeg put it simply and directly: “Immigration is what keeps our economy going..... We count on immigration. No immigration, no growth.” 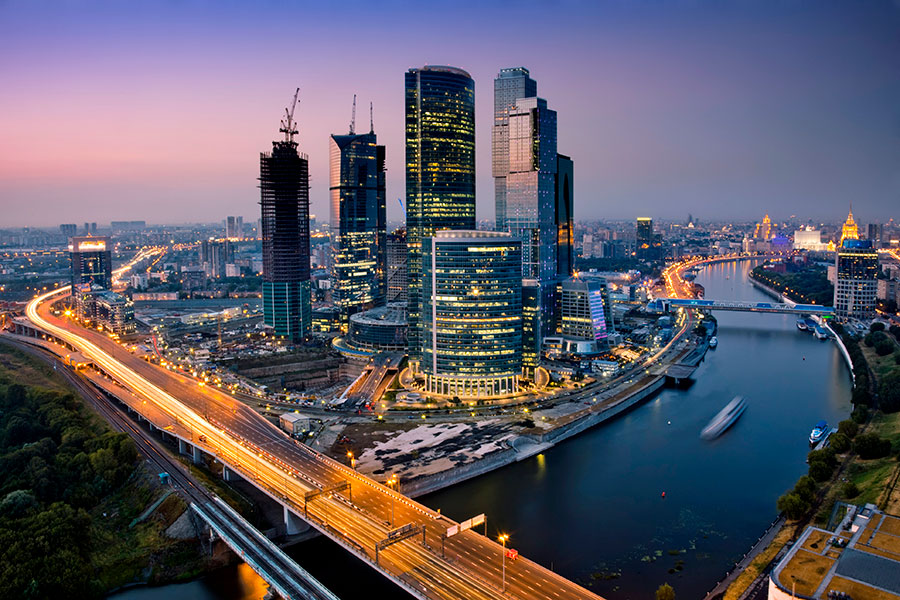 Moscow’s investments in infrastructure have proved essential to its long-term strength and resilience, and the city is employing “smart” technologies for more efficient urban development. As major companies move to Moscow, the city is using tax revenue to build intelligent traffic control systems and improve the roads and metro, according to Aleksei Savrasov of WTC Moscow. The local government has invested in a Smart City Lab with 100 manufacturers and training programs, to integrate city services more efficiently through innovation in transport and mobility, smart buildings, public utilities, and public security. Last year Moscow created a smart technology district where it will test, assess, and deploy new technologies to make the city more efficient and better able to adapt to change. 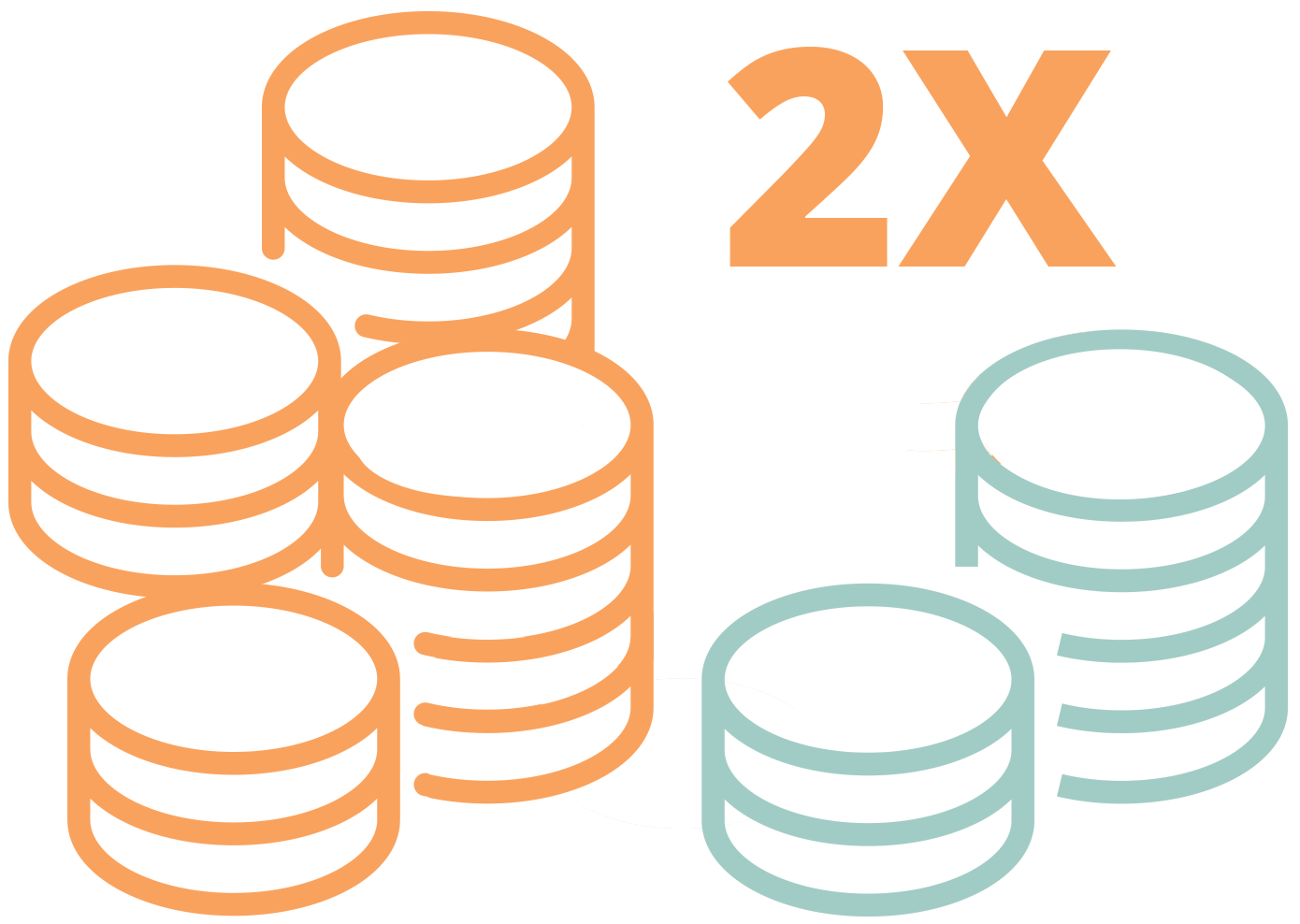 “Where there’s uncertainty, the perceived risk is higher, and those that are risk-averse may question moving into emerging markets,” pointed out Jane Reindorf from WTC Accra. “When we think of Africa and development, we need FDI, and as part of that need companies that have innovative technologies to come and set up manufacturing plants, and partner with local companies to expand the local markets.”

How Cities are Leading

City-to-City Diplomacy More Important Than Ever

City leaders are engaging in direct diplomacy for a variety of reasons: to deepen economic ties, demonstrate credibility, and instill confidence in old and new trading partners. 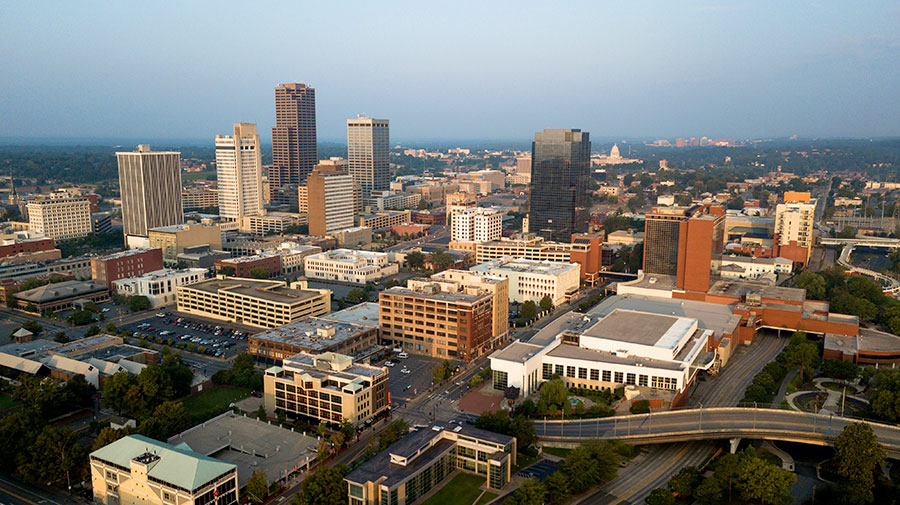 The renegotiation of the North American Free Trade Agreement created a great deal of uncertainty for farmers in Arkansas. Mexico and Canada are Arkansas’ largest trading partners and represent half of its total exports; 72 percent of its agricultural exports are in the Western Hemisphere. Direct diplomacy with national and local policy leaders and trade ministries north and south of the border has been crucial not only for preserving strong trading relationships, but also for expanding them. “We try to do grassroots engagements,” said Melvin Torres of WTC Arkansas. “If we don’t have the right engagement with the government of Canada and with the government of Mexico, then it becomes more difficult to help our companies. I learned that opening up the diplomatic channels was key, and it’s something we are doing right. Our exports to Mexico are growing 3.6 times faster than to any other country. We’re doing multiple outbound and inbound diplomatic missions not just to cities and regions in Canada and Mexico, but Argentina and elsewhere, and inviting them to Arkansas. It’s an area of opportunity to foster not only trade, but also investment.”

Identifying Ways to Capitalize on the Disruption

Cities are working to become more agile, using their geography, language, political ties, and other strengths to seize new trade and investment opportunities created by economic turmoil. As Brexit looms, and as the trade tensions between the United States and China continue, many cities are presenting themselves as lower-cost, lower-risk partners for trade and investment.

Eugenio José Reyes Guzman of WTC Monterrey noted, “Monterrey has taken advantage of the fact that there's currently a trade war between the U.S. and China. We’re attracting Chinese companies to take advantage of the USMCA [United States-Mexico-Canada Agreement] and re-export to the U.S.”

“Foreign companies are looking at Ireland as a first stop into not just the U.K., but the rest of Europe,” said Rani Dabrai of WTC Dublin. 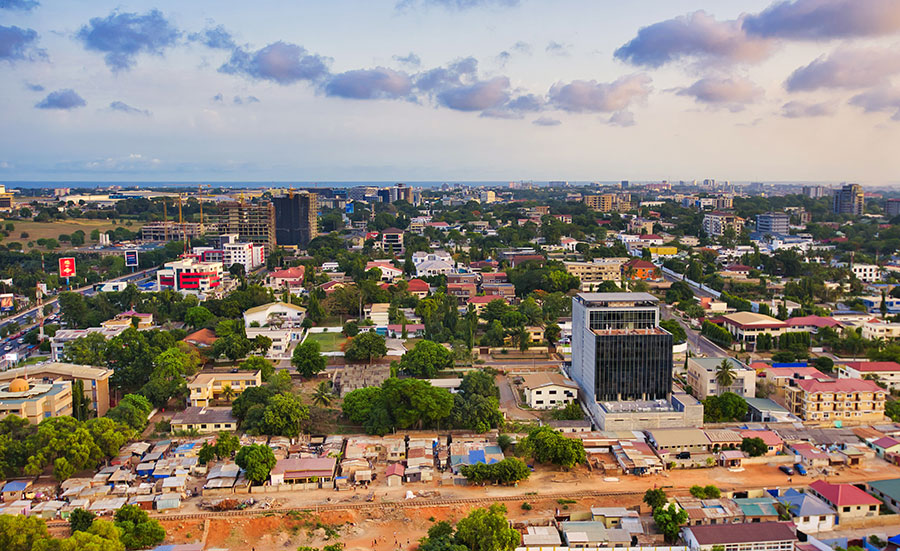 Ghana’s capital city, Accra, isn’t waiting for a final Brexit deal to start exploring new trading opportunities. As a Commonwealth nation, Ghana has a long-established trading relationship with the United Kingdom, and Accra plans to take advantage of these historical ties to build new trading partnerships. “We're looking at how we can, as a region, leverage Brexit,” said Jane Reindorf-Attoh of WTC Accra. “We were colonized by the U.K., so there is a long historical relationship between Ghana and several, especially West African, countries and the U.K. We see this as an opportunity to increase trade relations, because with Brexit, the U.K. is definitely going to be looking at other markets for selling their goods.” Companies in Accra have also increasingly expressed interest in procuring British goods, and they are working with the British High Commission and U.K. export office to expand trade. Reindorf-Attoh believes her city’s multicultural population, stable political climate, and favorable business environment make it a logical choice for foreign companies looking for new partnerships, and the WTC is actively seeking them out.

Cultivating an Ecosystem that Attracts and Retains Investment

As FDI becomes scarcer, competition for it will only intensify. The most successful cities are fostering not only businesses and economic growth, but also a high quality of life, in order to attract sustainable investment that will strengthen the community and make it more resilient. Such a strategy demands:

From financial-technology hubs in Montreal, Montana, and Accra, to biotech and information technology industries in Noida, Philadelphia, and Poitiers, to an industrial engineering defense cluster in San Diego, cities are focused on:

Tools for Navigating the New Normal

Knowledge, preparedness, and agility are essential for remaining competitive in the increasingly complex global economy. Through briefings, trade training, and partnerships, WTCs around the world are helping businesses in their communities more effectively assess complex risks, game out scenarios, and seize emerging opportunities. 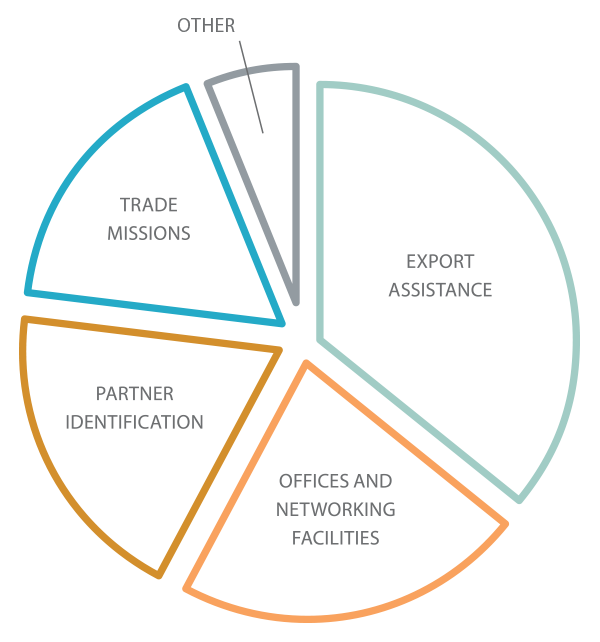 WTC representatives observed that uncertainty has been causing confusion, hesitation, and even retrenchment among their members. To respond to this fear, WTCs are providing constant up-to-date data and analysis on economic and geopolitical changes, arming their members with information to help them cut through the noise and evaluate which factors are critical to their business. 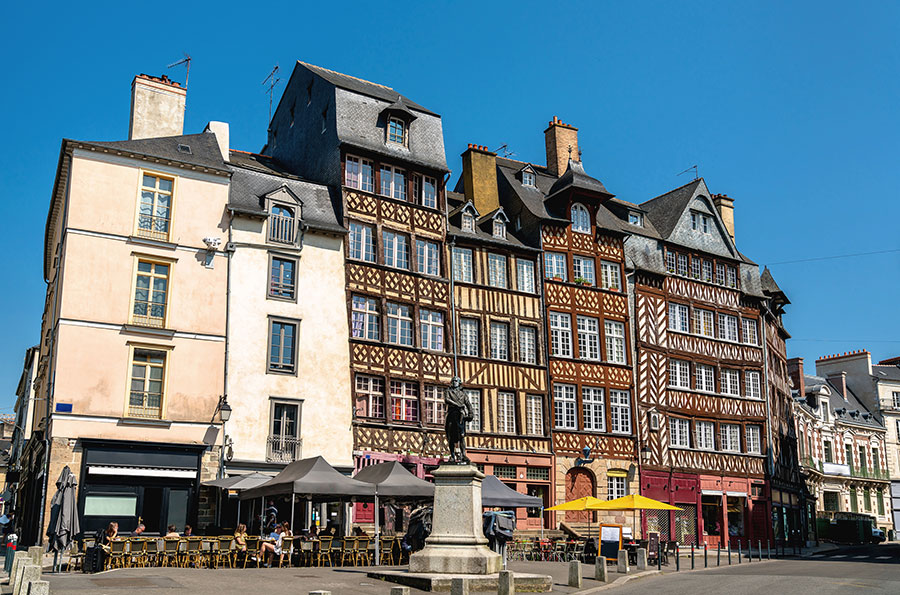 In western France, WTC Rennes is fighting retrenchment by directly addressing the issues contributing to uncertainty and helping companies navigate challenging markets. Upon hearing that their members’ greatest concerns going into 2019 were Brexit and U.S. sanctions on Iran, WTC Rennes developed A Practical Guide to Better Understand the Business World in Iran, based on input from diplomats and contacts in Iran. For updated guidance, members can refer to the guide on WTC Rennes’ website or check their bimonthly Brexit Newsletter, published by a partnership between WTC Rennes, the Enterprise Europe Network, and the Franco-British Chamber of Commerce.

Demand is rising for services to help businesses begin or expand trade or investment overseas. With trade training, preparation, and ongoing support, businesses can respond more deftly to changing market conditions, manage risks, and seize new opportunities to build their business. This is particularly relevant for small- and medium-sized enterprises, which can adapt more quickly to changing conditions in the economy. 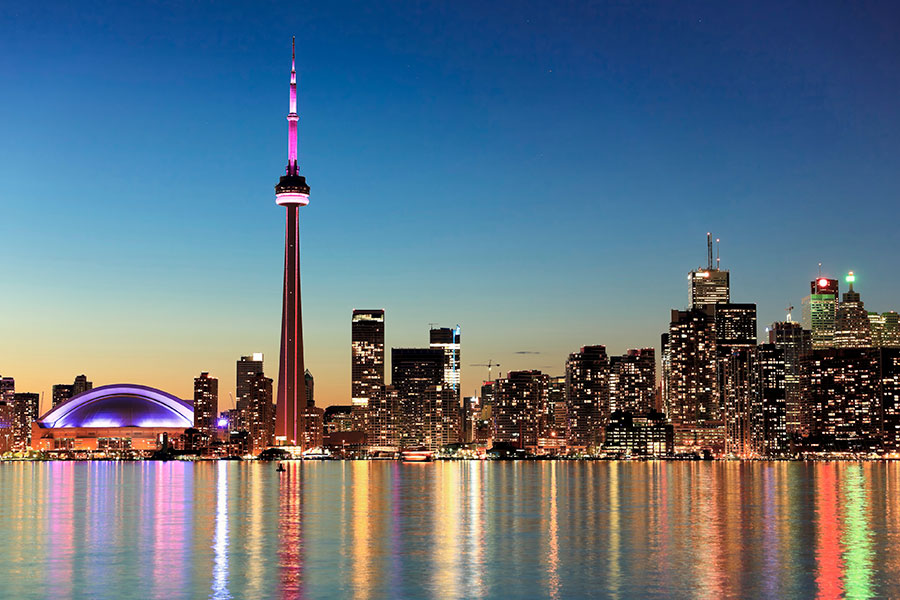 After realizing that Toronto’s local small- and medium-size businesses and entrepreneurs weren’t competing on a global scale, WTC Toronto created a training program to help them overcome export barriers and successfully reach foreign markets. The Trade Accelerator Program, or TAP, connects participants with leading export and business advisors during six weeks of workshops that train them to develop and execute an export plan, preparing them to bring Canada’s extensive trade and investment resources to the global market. The Canadian government has recognized TAP’s success—one year after participation, export sales grew by 47 percent, more than 85 percent of participants entered new markets, and nearly 90 percent of them felt better prepared to do business—and began investing funds in the program so that it can reach more businesses. Now, a total of six Canadian WTCs—Toronto, Vancouver, Winnipeg, Saskatoon, Montreal, and Edmonton—are engaging SMEs in their local Trade Accelerator Program and increasing their cities' global economic engagement as a result.

In Algeria, trade financing presents a major barrier to companies trying to enter new markets in Central Asia and Africa, as Algeria has no banking presence in those regions. To address that gap, WTC Algiers made an agreement with French bank Société Générale, which has a presence in Central Asia and 17 African countries. Together, they have identified a range of exporters, from agribusiness to cosmetics, and are conducting a matchmaking mission to Abidjan to connect them with importers. If the model proves successful, it could be replicated in markets across Africa—expanding bilateral import and export opportunities through direct facilitation and financing.